This article details the re-examination of low-lying stationary points on the potential energy surfaces (PESs) of two challenging noncovalent homogeneous dimers, (P2)2 and (PCCP)2. The work was motivated by the rather large differences between MP2 and CCSD(T) energetics that were recently reported for these systems (J. Comput. Chem. 2014, 35, 479–487). The current investigation reveals significant qualitative and quantitative changes when the CCSD(T) method is used to characterize the stationary points instead of MP2. For example, CCSD(T) optimizations and harmonic vibrational frequency computations with the aug-cc-pVTZ basis set indicate that the parallel-slipped (PS) structure is the only P2 dimer stationary point examined that is a minimum (zero imaginary frequencies, ni = 0), whereas prior MP2 computations indicated that it was a transition state (ni = 1). Furthermore, the L-shaped structure of (P2)2 was the only minimum according to MP2 computations, but it collapses to the PS structure on the CCSD(T)/aug-cc-pVTZ PES. For the larger PCCP dimer, the CCSD(T) computations reveal that four rather than just two of the six stationary points characterized are minima. A series of explicitly correlated single-point energies were computed for all of the optimized structures to estimate the MP2 and CCSD(T) electronic energies at the complete basis set limit. CCSDT(Q) computations were also performed to assess the effects of dynamical electron correlation beyond the CCSD(T) level. For both (P2)2 and (PCCP)2, dispersion remains the dominant attractive component to the interaction energy according to symmetry-adapted perturbation theory analyses, and it is also the most challenging component to accurately evaluate.

Supporting information can be found here. 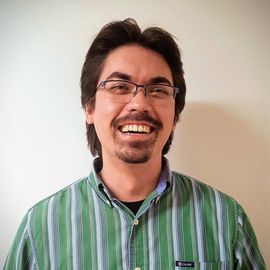